There’s a lot of factors contributing to the enjoyment of a VR experience, and the shortcomings of the current experience are slowly being addressed by accessories and new technologies. Interacting with your VR experience with your voice is next up, and none other than Microsoft is presenting a possible solution.

Microsoft’s custom speech AI makes use of technologies and APIs which are part of their deep machine learning tools, all collected into what they call Microsoft Cognitive Services. Intended primarily to overcome the hurdles in achieving an effective speech-based control scheme in various applications such as Internet of Things and accessibility by disabled individuals, Microsoft also believes the technology can be adapted to improve the VR gaming experience.

Enter Starship Commander, a Microsoft Studios VR game just announced for the Vive and Rift. It being a VR game excites the imagination, similarities between this game and the existing Elite: Dangerous and others similar to this is apparent from watching the video – but the voice recognition afforded by Microsoft’s backend tools and APIs makes me an excited little gamer. 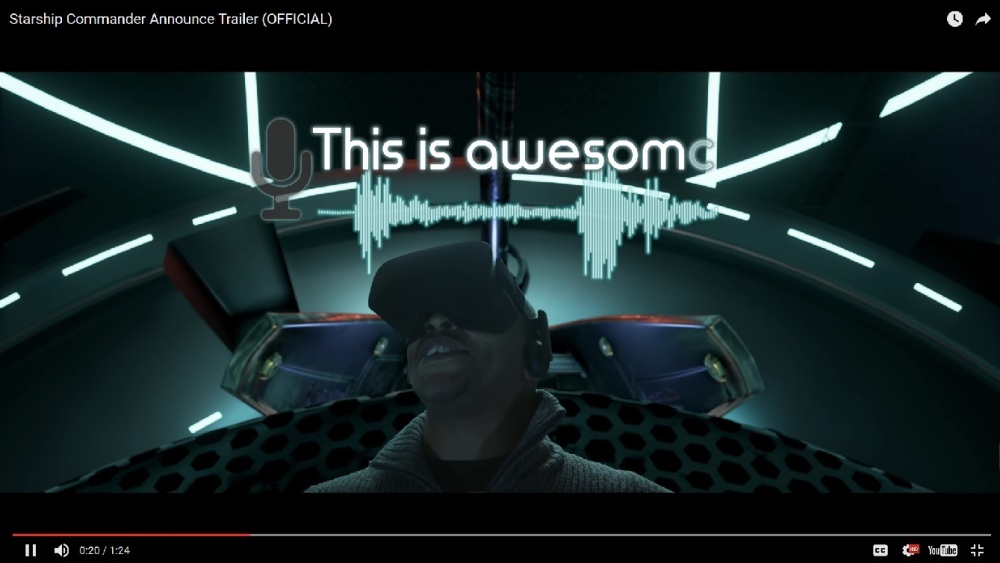 The voice recognition is smart enough, and quick enough, that it can pick up on words and commands that were not even entered into the game code, and react quickly enough to the players’ voice to negate any apparent delay while playing – smooth and natural is what comes to mind, making the VR experience all the more immersive.

And this is exactly what it means to address the shortcomings of this relatively new entertainment medium. Combining VR and voice recognition seems such a natural step, but only now am I seeing a polished solution coming out soon – and from none other than the giant Microsoft. Somewhat unexpected, but much appreciated. If Starship Commander is as good as its trailer shows, this will be very much a turning point in games and perhaps in other applications that are much more important as well.

It’s a game changer, in more ways than one.